A Time to Weep - Update 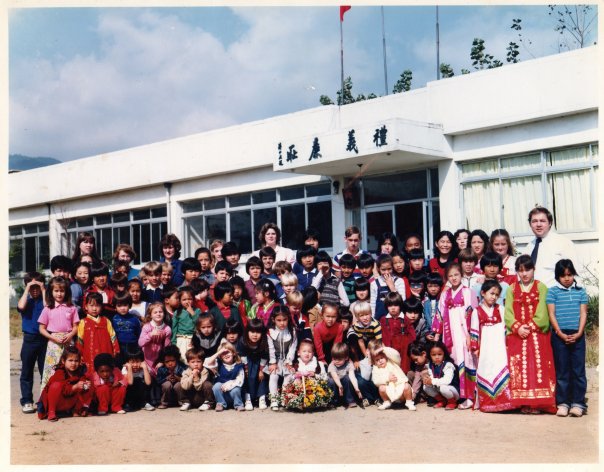 UPDATE:  The NICS executive team has made the decision to keep the Uijongbu school open, for a least another year, and hopefully into the future.  Much work is being done on a plan to make the school financially feasible.  Please pray for these efforts!  Thank you.

In some ways building a school (as difficult as that is) is easier than closing a school.  After 34 years of amazing ministry, NICS has made the decision not to continue operating our school in Uijongbu, Korea.  (Just typing those words gives me a sinking feeling in my stomach…and heart.)  International Christian School (formerly Liberty Christian School) in Uijongbu was the original school—the school that gave birth to the NICS/Oasis network of schools worldwide.

Founded in 1983, the school started as a small group of 8 missionary kids from Kindergarten age to 9th Grade.  Mrs. Susan Karrer moved from the U.S. to teach these kids.  Word got out to the community that there was a school in Uijongbu, and by the time the school got a permit to operate in the Fall, 30 students had pre-enrolled.  On the first day of school 83 kids showed up for classes!  Liberty Christian School became a reality.  The name was eventually changed to International Christian School.

At one point, the school's enrollment peaked at 360 students.  This is when inquiries were received asking us to put branch schools north of us (Dongduchon) and south of us (Seoul).  Additionally, a group much farther south asked if we could start a school like ICS Uijongbu in Pyeongtaek.  Uijongbu soon became the "mother" school of three other schools in Korea.  (Dongduchon eventually merged back with Uijongbu.)

Operating three schools in Korea planted the idea of starting similar schools outside of Korea, and God used that vision to begin the Network of International Christian Schools (NICS).

Through the years, the enrollment of ICS, UJB, has fluctuated, but the school has remained strong, at least until the last 5-6 years.  Most expatriates enrolled in the school are in Korea serving in some sort of U.S. military-related vocation.  The military announced years ago that all U.S. military posts north of Seoul (with a few exceptions) would be relocated to an area south of Seoul.  This has taken many years, but the movement has had a significant impact on enrollment numbers.  Projections are that enrollment will likely dip below 100 students by the end of the 2017-18 school year.

The NICS executive team has made the most difficult, but necessary decision—that we cannot continue to operate ICS, UJB, beyond this school year.  While we believe this is the right decision, we also are overwhelmingly saddened by this reality.  Literally hundreds of students have been impacted by the teachers and staff of this school through the 34 years it has ministered in this city north of Seoul.

Literally hundreds of students have come to know Christ.  UJB staff have been sent out all over the world to help expand the vision of NICS to other countries.  So many lives have been touched heavenward by this great school.  So, yes, we weep.  We weep, not because this should not happen; we weep because we see something dear to our hearts coming to a necessary ending, and it hurts our hearts at the thought that our "mother" school will not be with us any longer.

Just as in any ending, however, it is so important that we get beyond our time of mourning and that we not forget to celebrate.  We must celebrate the long history of ministry, influence, and impact the staff of this school has made on hundreds and thousands of people.  We must celebrate the students who received their training at ICS, UJB, and now take their place of influence in a needy world.  We must celebrate the many victories and achievements made by this legacy school and all those who were a part of her greatness.  With tears in our hearts (and eyes), we celebrate you ICS!  May God always be praised for his handprints that mark your legacy and legitimize your existence in view of eternity.  You live!  …in our hearts  …in our memories  …in what you left in us during our time with you.